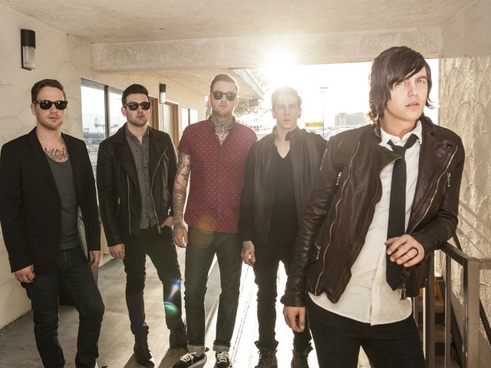 Sleeping with Sirens Biography: The American post-hardcore, Sleeping with Sirens from Orlando, Florida was formed in 2009 by members from "For all we Know", "Broadway" and "We are Defiance". Sleeping with Sirens-- featuring vocalist Kellin Quinn, guitarists Jack Fowler, bassist Justin Hills, and drummer Gabe Barham -- quickly caught the attention of metalcore label Rise Records, who signed them and released their debut record, "With Ears to See and Eyes to Hear", in March 2010. The album, debuting at number seven on the Billboard Heatseekers chart and selling over 25,000 copies. Their sophomore effort "Let's Cheer to This", arrived in May of the
2011. At the beginning of 2013 the band announced their studio recording for their third album and six months later, "Feel" was released. The album debuted at number
three on the U.S. Billboard 200 chart.

Musical biography of the members: 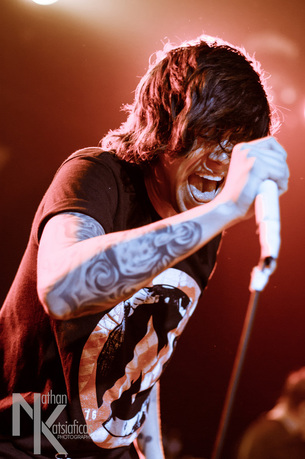 Kellin Quinn Bostwick was born April 24th, 1986 in Medford, Oregon. His parents are Mary and Jeuse Bostwick. When Kellin was three, his parents got a divorce and his father left. This would eventually be the reason for writing his first song. In seventh grade he wrote a song about his father leaving, and how his life changed.

In tenth grade, Kellin and a group of friends started the band, Closer to Closure. They would go on to play at school dances, proms, and homecomings. Closer to Closure was discovered by a producer from a big production company when they saw videos on YouTube of the band. Immediately the producer emailed Kellin, asking for him and the band to come to California to make their first album. After their first two albums, Closer to Closure broke up, leaving Kellin without a single hit for six months. Kellin joined several other bands since then, but none worked out.

In 2009 Kellin joined Sleeping with Sirens and is currently lead vocalist. Within his first couple months in the band, they produced their first album together, "With Ears to See, and Eyes to Hear." 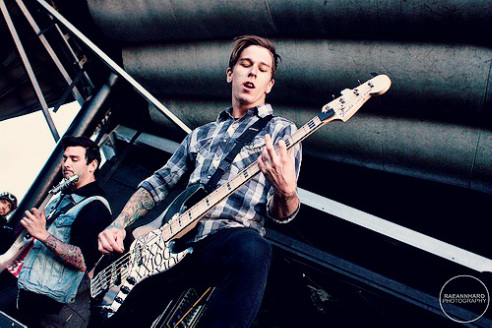 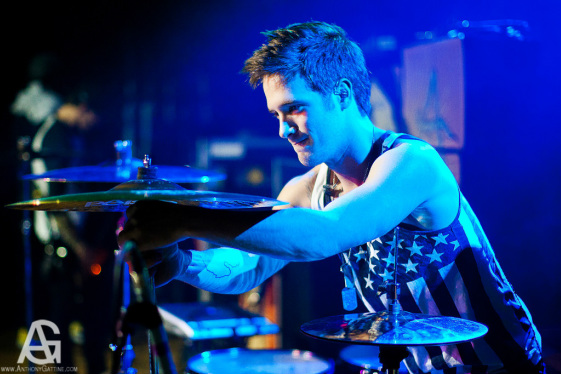 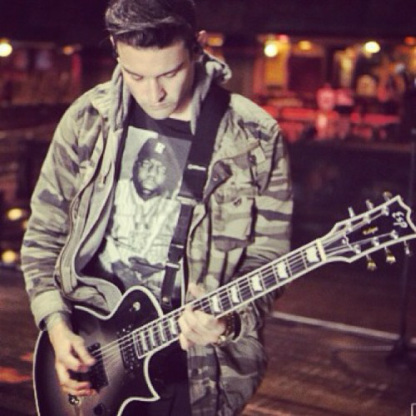 Jack Fowler was born January 25th 1992. As a child he was inspired by the lead vocalist of Led Zeppelin, Robert Plant and by English musician, three time Rock and Roll Hall of Famer, Eric Clapton. Once a member of the band, Broadway, he departed ways due to creative differences between the band in May of 2011. He joined Sleeping with Sirens in 2011 and is currently the lead guitarist in the band.

(All pictures and information for this website is credited to wikipedia.com, famousbirthdays.com, billboard.com, sleepingwithsirens.net, and metrolyrics.com)